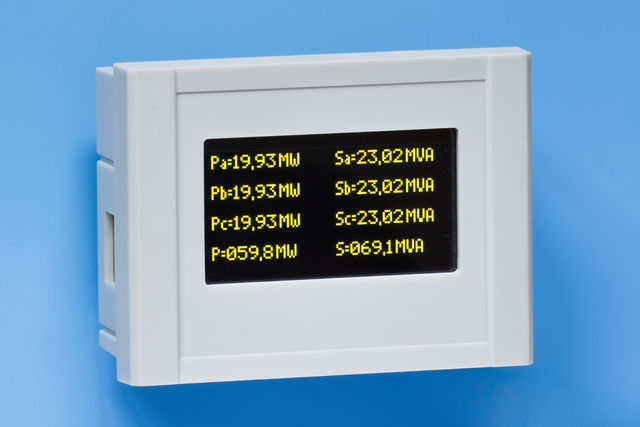 Device accepts results of measurement from transduser via RS-485. It reads selected data in accordance with user's configuration and puts it on to graphical LCD. Display shows four digits of value and units of measured value.

Each value has it's own line on display. Each frame contains four columns four strings each.

Each frame contains eight values measured by transducer. Four frames change within time set by user. Selection of values and time to show one frame is set up with help of program «SetDisplay» installed on PC.

AEMT series measuring transducers are intended to be used for measuring electrical quantities in AC, DC and pulse current circuits.